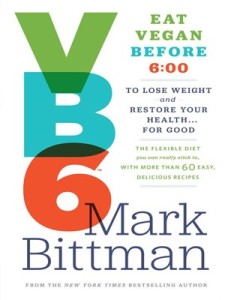 Saw Mark Bitman (who I always enjoy seeing and/or reading) on Morning Joe this morning (An excerpt from Mark Bittman’s “VB6″ — MSNBC) promoting his new book VB6: Eat Vegan Before 6:00 to Lose Weight and Restore Your Health . . . for Good,

A couple of times he used the phrase “the science says” or “the science tells us” but what he was saying wasn’t really jiving with what I come to believe “the science really says” thanks to Gary Taubes so I googled the keywords ‘Mark Bittman Gary Taubes’ and found these articles so I could see where they cross paths: